Legionella in air conditioning – the bacterium that causes Legionnaires’ disease. 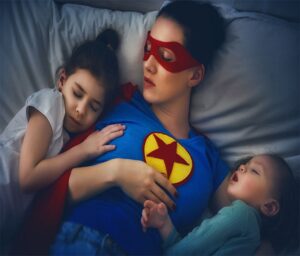 Legionella in air conditioning – the bacterium that causes Legionnaires’ disease.

The cure for hot days is a bit of cooling, but is air conditioning a good solution? Does it harbour a danger invisible to the naked eye? How is it possible that a dangerous adversary hides in a device that is supposed to bring benefits. All this is due to the bacterium Legionella pneumophilia.

Let’s start at the beginning, what Legionnaires’ disease actually is, where it comes from and where it is most commonly encountered. The answer to these questions is very simple, but at the same time it contains a lot of important information that can protect each of us in the future from acute pneumonia and consequently even from death.

Legionellosis is an infection caused by the bacteria Legionella pneumophilia. As a result of contact with this pathogen, the infected person suffers from mild respiratory problems to even severe pneumonia. The bacterium can cause Legionnaires’ disease , heard by many, and the lesser-known Pontiac fever.

The sudden appearance of the bacteria is remembered in history by a famous event, in the 1970s, in 1976 to be precise. On the anniversary of the signing of the United States Declaration of Independence, pneumonia was observed in participants at the American Legion convention in Philadelphia. 221 people fell ill and, unfortunately, 34 of them died. The investigation, which was led by the Center for Disease Control and Prevention in Atlanta, determined that the bacterium that caused the illnesses was Legionella pneumophila. This widespread outbreak was caused by a pathogen that grew extensively in the hotel’s air conditioning system. The bacterium was named after a memorable convention, and the disease is called legionellosis. By carrying out in-depth research, after many investigations, it was found that the bacterium had appeared before.

The disease is very dangerous, but the human body copes with the bacterium to some extent, antibodies are produced after contact with the pathogen, and only in some cases do severe symptoms of legionellosis appear (an estimated 5-30% of people with legionnaires’ disease die).

Many studies have proven that Legionella is spread through the air from water and from the soil. The disease is not transmitted from person to person, but by inhalation of water-air aerosol. You can’t get infected with the pathogen by drinking contaminated water.

Where can you meet this bacterium? Despite appearances, it is very widespread and can live in streams, ponds, reservoirs, hot water systems, shower screens, whirlpools, medical equipment, home inhalers, air conditioners and even in soil from pits.

Developed countries widely use technological innovations, among them air conditioners, which can be as a standard found in offices, hotels, homes, and cars. Unfortunately, these are appliances that have particularly good conditions for bacterial growth. The increase in the number of cases is particularly noticeable in summer, when temperatures are high and air conditioning is often used.

The bacterium is spread through the inhalation of water-air aerosol and is most commonly contracted by immunocompromised people, especially men over 40 years of age, as well as those with medical conditions such as diabetes, kidney failure, excess iron, and heart disease. Patients who have led a poor lifestyle, smoked and drank alcohol also react negatively to the bacteria. The frequency of travel has a great influence on the degree of infection; the more frequent the trips, the easier it is to contract the bacteria.

Pontiac fever takes on symptoms similar to those of traditional flu, such as loss of appetite, headaches, muscle aches and fatigue, dry cough, abdominal pains and diarrhoea may occur. Symptoms subside in just a few days.

Legionnaires’ disease is a severe pneumonia, the early stages resemble ordinary flu, but as the disease progresses additional symptoms appear: high temperature, chills, dry cough. A later stage brings new symptoms such as a wet cough with sputum or even blood, shortness of breath, chest pains, disturbances of consciousness. The duration of the disease is up to several weeks, but there is a risk of acute respiratory failure and even death as a consequence.

Acute extra-pulmonary insufficiency most often occurs in immunocompromised individuals, the brain, intestines, liver, kidneys and skin are most commonly infected. Diagnosing the disease too late can lead to irreversible damage, sepsis and, in the worst cases, even death.

Remember that prevention is the most important thing; many diseases are preventable, and this is also the case with legionellosis. Here, cleanliness is paramount, water tanks must be attended to and rust must be removed from equipment and drains. Fountains or polluted bathing areas are also large habitats for bacteria, and inhalation of water aerosol should be avoided.

As average users, we can influence the cleanliness of air conditioning units in our own home or car. You can do it yourself or have it professionally cleaned, fumigated and disinfected by an authorised air conditioning service. It should be noted that air-conditioned vehicles such as buses, taxis and public buildings are also large habitats for bacteria, fungi, viruses, mycobacteria and spores. Therefore, companies providing services should also ensure that the environment used by their clients is kept clean and creates safe conditions not only during the summer, but all year round.

The Legionella pneumophilia bacterium in air conditioners is a difficult opponent, so in order to counteract it, it is necessary to pay attention to the location of individual devices as early as at the installation design stage. It is better to ensure that the materials used will not favour the development of pathogens, and that the user has easy access to disinfection and maintenance.

Correct use is the key to success, it is worth paying attention to the appropriate humidity of the air that flows through the exchanger, this gives some chance to prevent the accumulation of biological microorganisms. The control and treatment of the water used in the equipment is very important, the maintainers should take care to remove any scale and eliminate corrosion.

A disinfectant is a lifesaver for many people, but what should you choose to ensure it does the job properly? What to look out for?                                   In the first instance, whether the preparation can be used at all in air conditioning systems, otherwise the unit may be damaged. It should then be a biocidal preparation with full biocidal spectrum, i.e. it must remove all microorganisms: viruses, bacteria, including Legionella pneumophilia, fungi, mycobacteria and bacterial spores. Effectiveness should be confirmed by testing according to EN standards. The product should be non-toxic, biodegradable and have the appropriate approvals and certificates to ensure safe use, of course in accordance with the recommendations. The NANOCLEAN® AIR range features all these characteristics.

The development of civilisation means that more and more air-conditioning devices appear in our surroundings, and these are additional points where harmful pathogens can accumulate. Nowadays, it is advisable to carefully approach hygiene and disinfection matters. Pay attention to choosing the right equipment that has an efficient air filtration system, this gives you the chance to have clean air, and the temperature and humidity of the room will be optimally suited to humans. However, do not forget that all such equipment and appliances need to be cleaned and disinfected seasonally and filters replaced at the times recommended by the manufacturer. Nobody takes better care of your equipment than an authorised AC service company, which uses the NANOCLEAN® AIR range of products in its service operations. Inspection, maintenance, cleaning and disinfection are very important elements that can protect many people from the dangerous bacterium Legionella pneumophilia and other dangerous microorganisms.

Manage Cookie Consent
To provide the best experiences, we use technologies like cookies to store and/or access device information. Consenting to these technologies will allow us to process data such as browsing behavior or unique IDs on this site. Not consenting or withdrawing consent, may adversely affect certain features and functions.
Manage options Manage services Manage vendors Read more about these purposes
View preferences
{title} {title} {title}